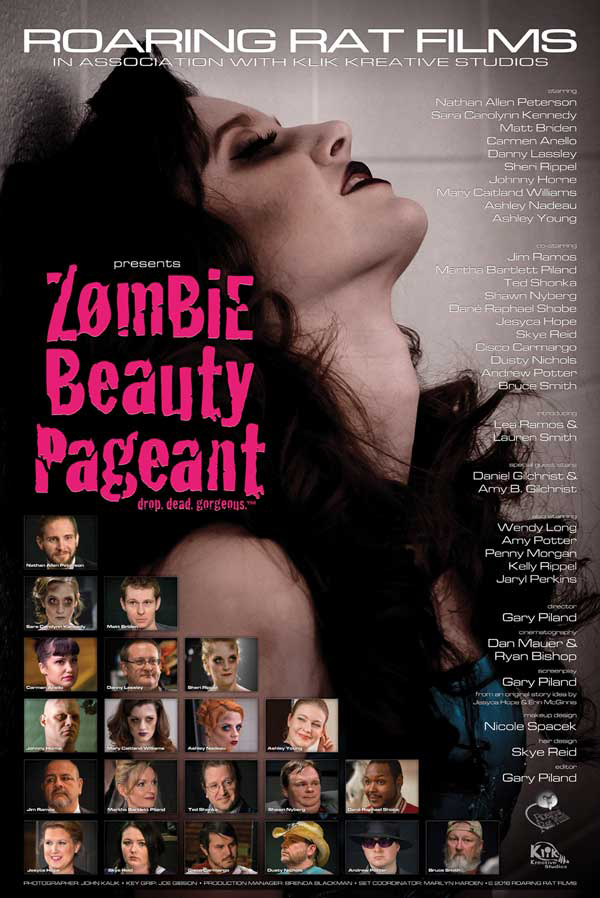 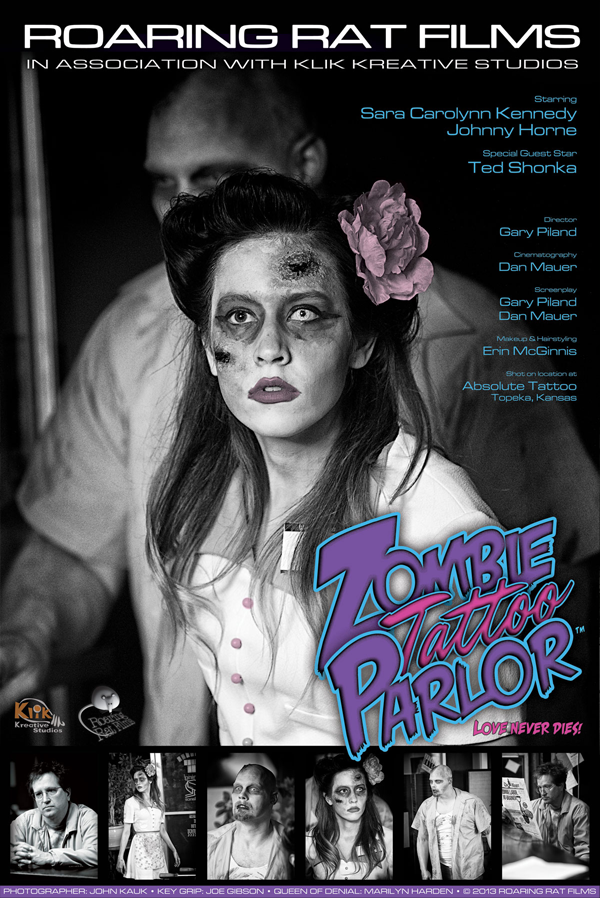 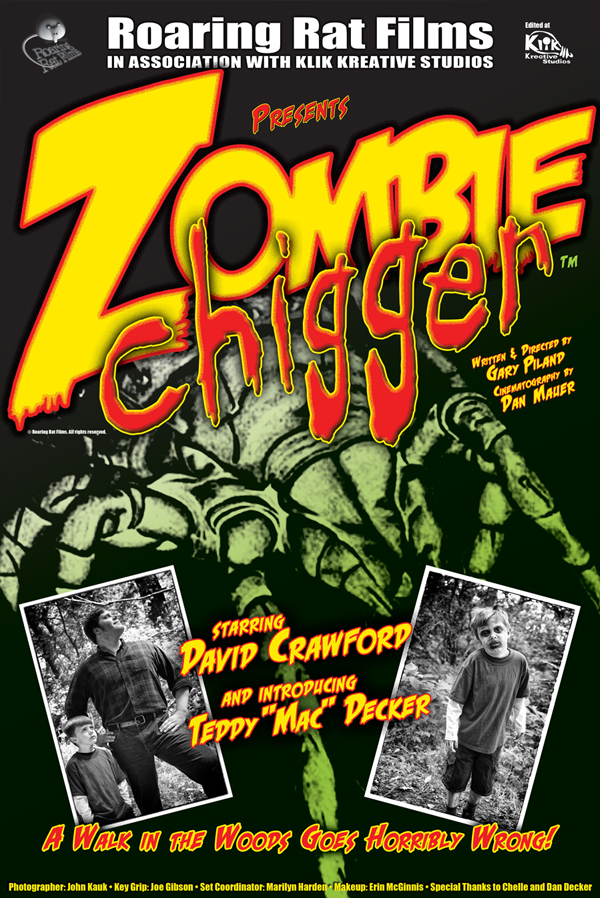 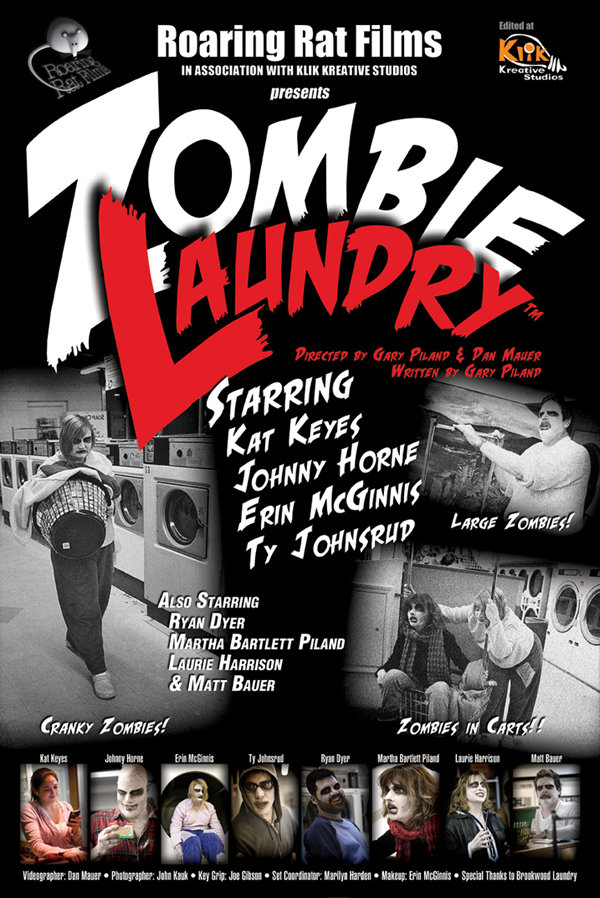 Preorder “Zombie, Kansas” on iTunes and Amazon in... 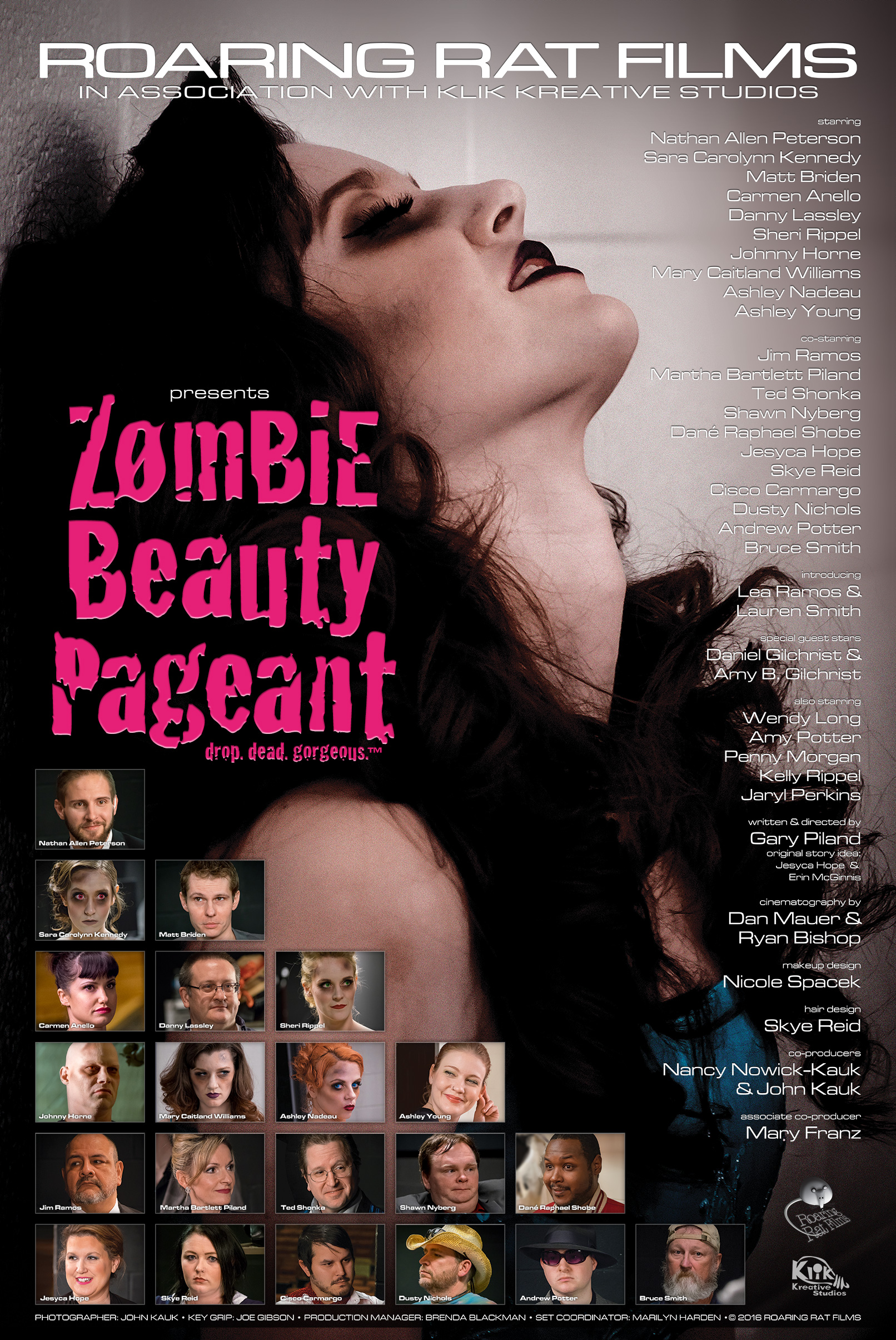 In the future there will be beautiful girls, strong men and...

What could possibly go wrong?

Heather Z - Sheri Rippel
American zGirl finalist, high functioning, cunning zombie babe. Keep your eye on this one and your back to the wall at all times.

Jane492 Z - Ashley Nadeau
American zGirl finalist, Russian transplant - might have been an aristocrat or a hooker - hard to tell. Talks a lot about Moscow before it was destroyed in the z-wars. H O T for Jack - not so much for Morgan Z.

B.J. Little - Matt Briden
Ashley Z's boyfriend/agent - sleaze ball scam artist. Talked Ashley into doing the pageant even though he knows it's extremely dangerous for her. His footprints are all over his ex-friend’s backs.

Mark Jason Rassmussen - Jim Ramos -  zNBC network CEO - down from corporate to make sure everything is done the zNBC way - lots of conflict, lots of sex and hopefully some blood. All he cares about are ratings and keeping the shareholders off his back.

Mama Z - Jesyca Hope
Heather Z's manager/stage mom - actually not related to Heather. Tough cookie, willing to do anything for her girl to win. ANYTHING.

Willie Scree - Daniel Lassley
Jack’s old war buddy, camera/sound/grip. Quick with a quip, but when the going gets tough...

Freddie Max - Ted Shonka
zGirl Pageant MC - philandering lush, always on the make, prefers zombie girls, but not picky. No, not picky at all.

Copernica Pierson Rush - Martha Bartlett Piland
Pageant owner, ex-beauty queen, seen it all, twice. Trying to keep everything from going off the tracks.

Phillip LeParis, Cisco Camargo
Freddie Max's sycophantic personal assistant - keeps Freddie on track and on time and is of course, totally flaming. Secretly in love with Freddie and likes Jack A LOT.

Nameless corporate lackeys - Kelly Austin Rippel & Jaryl Strom Perkins
These guys orbit Mark Rasmussen like dwarf planets. He moves, they move. He flinches, they flinch. His jokes are hilarious, he speaks great truths, everything he says they agree with vociferously. HE IS THEIR GOD.

Jane492 Z's entourage - Amy Potter, Wendy Ash Long & Penny Morgan
Constantly primping on Jane492, a.k.a. their meal ticket. Everything is boring. Everyone is beneath contempt. They don't talk, they moan and whine their intentions.

Niles - Andrew Potter
Assistant to Copernica Pierson Rush. What he assists with is not readily apparent. Can't be sure if he's a serial killer or a hit man. Probably both. Watches everyone very closely. Doesn't like people walking behind him.

Tuesday Smadda - Skye Reid
Pageant backstage coordinator. Super stressed. Mostly spends her time looking for Phillip LeParis to get Freddie Max back out front to MC the show. Dresses like and probably believes she is Wednesday Addams twin. Anagrams anyone?

Benny - Bruce Smith
All-knowing, all-seeing maintenance guy. Probably ex-CIA. Wallpaper with a purpose. No one notices him until he shows up with exactly what you need exactly when you need it.

"Dude" - Dusty Nichols
Anderson Baxter's stoner body guard. Black belt in kung fu movies. Mostly gets Anderson Chinese takeout these days. Still, a good man to have around if you need to dispose of a kilo or two. Tie dye guy.

Andre Johnson - Dané Shobe
Morgan’s steady before she went Z. Back for one more try. Ring. Flowers. Heart in hand. All men have been this guy at least once. Worst case of barking up the wrong zombie ever. Nice guys finish last. Again.

Without our fabulous crew, there would be no movie.

Kudos, thanks and holy molies out to: